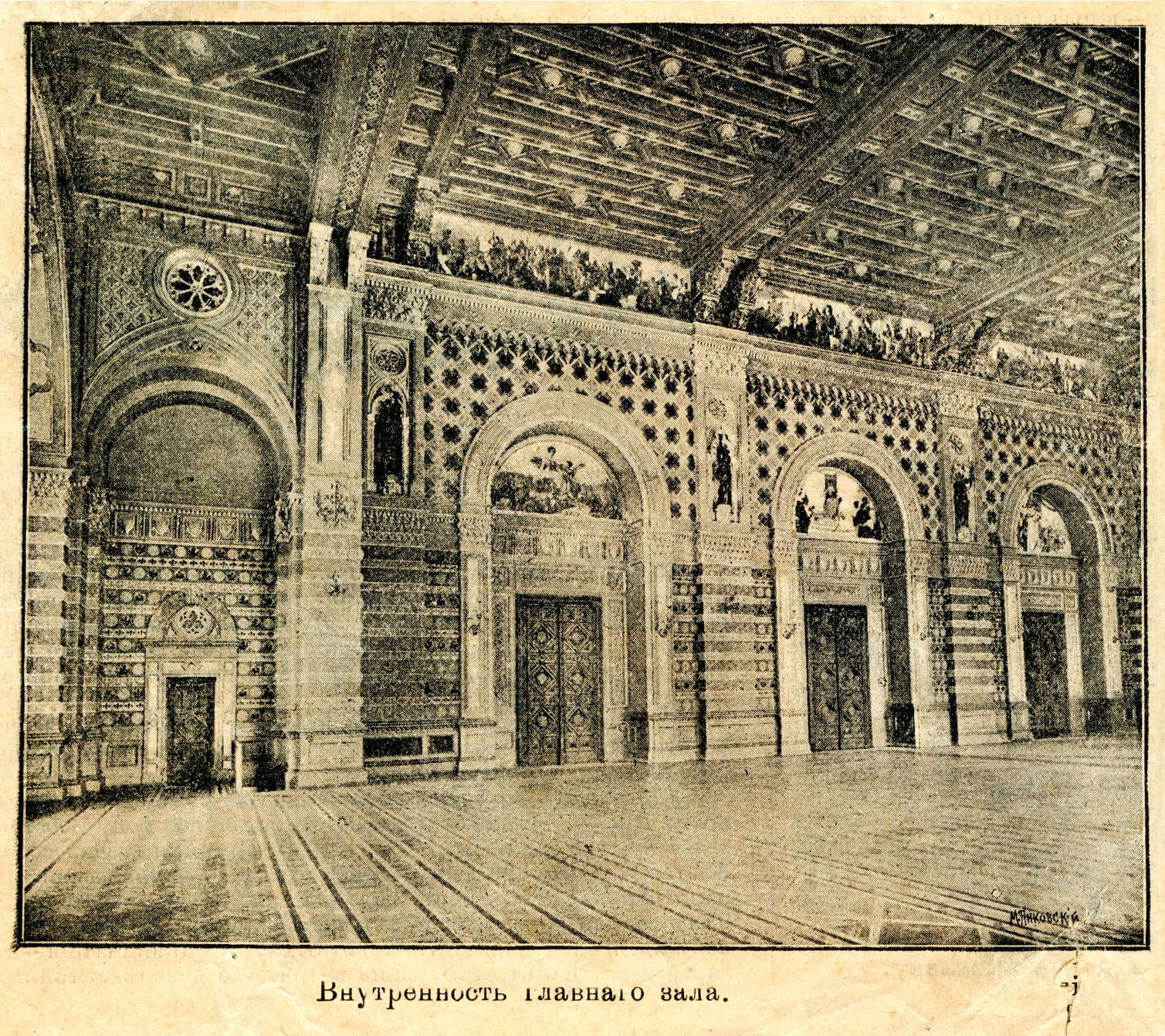 The first-ever photograph of the interior of Philharmonic Hall, Odessa – February 7th, 1899

“With restoration, the Odessa Philharmonic Hall
could rival the great concert halls of Europe.” 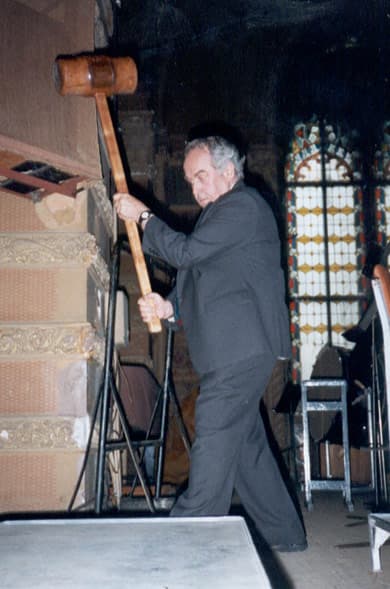 Russell Johnson and his colleague Damian Doria traveled to Odessa in September 1996 to visit Hobart Earle and the Odessa Philharmonic Orchestra. The purpose of their trip was to inspect the existing condition of Philharmonic Hall, take acoustic measurements, listen to the orchestra rehearse and perform in the hall and make recommendations for acoustical improvements.

Read their report on our hall, in which they compare its overall dimension, shape and materials to none other than Vienna’s Musikverein and Symphony Hall, Boston – two of the world’s greatest concert halls.

Philharmonic Hall, a historic monument in Odessa, was opened in 1899.

Designed by famous Odessa architect of Italian origin Mario Bernardazzi, the hall is a fine example of turn of the century architectural character of Odessa and of the Venetian Gothic style 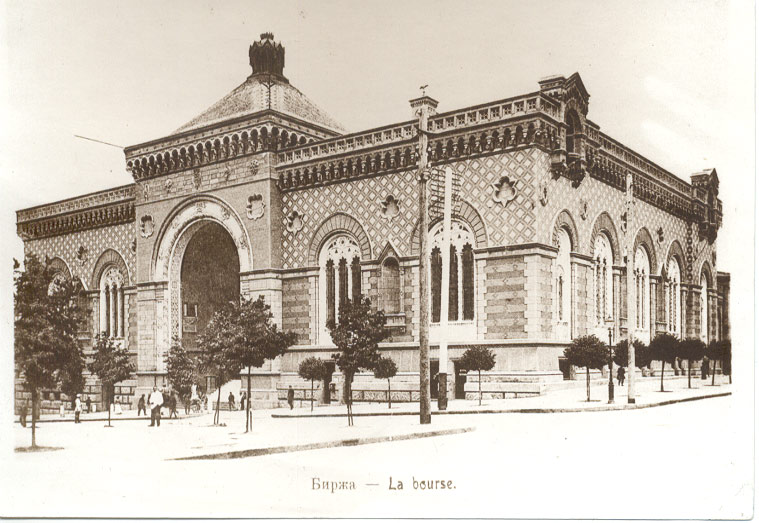 Philharmonic Hall in Odessa is a classic “shoebox” concert hall with significant acoustical potential. Russell Johnson and Damian Doria’s trip to Odessa has gone a long way towards burying, we hope forever, a famous and amusing Odessan myth. The myth is as follows. “the reason for the hall’s poor acoustics is due to the fact that it was built originally to be the main trading floor of the Odessa Stock Exchange, and built so that people could not overhear each other’s conversations.” Almost everyone in our city seems to be familiar with this myth. In fact, however, there is little of substance to this myth – there are far more precise and concrete reasons for the hall’s failure to live up to its acoustical potential in recent decades, as the report by Mr. Johnson and Mr. Doria of ARTEC shows.

Since 1996, much has been done to improve the acoustics: the curtains which used to hang all around the stage during every rehearsal and concert the OPO gave for decades are gone at last; and in 2000 the stage was rebuilt. Both of these changes have improved the acoustics considerably, much to the pleasure of the musicians and to the pleasant surprise of our audience in the former Stock Exchange. Nevertheless, much remains to be done to reach the hall’s true acoustical potential: the traffic noise is still audible and the windows need to be dealt with properly.

Upon the news of the OPO being awarded National Status in June 2002, the Governor of the Odessa Region, Mr. Serhiy Hrynevetsky, has promised to continue work on the hall, which is state-owned. In accordance with his orders, new seats for the audience are being made and the main floor of the concert hall is being re-done. Both of these changes should improve our hall’s acoustics further.

There is hope that some of the other remaining acoustical problems, including proper sealing and covering of the windows, will be dealt with soon. Last but not least, the repair of the hall’s heating system is also an urgent priority.

If all of the issues Russell Johnson mentions in his report are dealt with fully and properly, we can keep alive our hope of fulfilling his eye-raising prediction for the acoustics of our hall.