THE FIRST SYMPHONY ORCHESTRA FROM UKRAINE TO CROSS THE ATLANTIC OCEAN

THE FIRST SYMPHONY ORCHESTRA FROM UKRAINE TO CROSS THE EQUATOR

THE ONLY PERFORMING ARTS INSTITUTION NATIONWIDE TO RAISE ITS STATUS TWICE

– FROM REGIONAL TO FEDERAL, AND FROM FEDERAL TO NATIONAL –

SINCE THE INDEPENDENCE OF UKRAINE IN 1991.

To the attention of the audience,

due to the imposition of martial law in Ukraine, the Odessa Philharmonic Orchestra temporarily suspends its activity.

We will perform for you in many concerts as soon as it becomes possible.

All concerts of the Odessa Philharmonic Orchestra have been postponed. Pre-purchased tickets remain valid. You will be able to use them when the situation in the country stabilizes.

Please keep calm and keep track of information only from reliable official sources!

Let’s be united! Take care of yourself and your loved ones!

We believe in the Armed Forces of Ukraine!

Quotes and reviews in the press

"The rise and rise of Ukraine's Odessa Philharmonic, under their dynamic young American chief, Hobart Earle, must rank as one of the unlikeliest stories to have emerged from the classical music world in recent times. Who could have foreseen that this once prosperous center of commerce and now impoverished provincial backwater of the former Soviet Union would, within a period of a couple of years or so, produce an orchestra capable of making music of such sustained eloquence and personable character? Critics the world over, from Vienna to New York to Moscow, clearly know a good thing when they hear it."

"Their sound was quite hypnotic - with a rich, creamy texture to rival any crack team from Berlin or Vienna, and quiet playing that grabbed the attention like an urgent whisper."

London
"The Odessa Philharmonic Orchestra gave its first performance in the Musikverein (in June 1992) under Hobart Earle ... the orchestra possesses some remarkable qualities. The strings, for instance, are of breathtaking sophistication."

Vienna
"Strings often dominate in East European orchestras and the winds are often indifferent and left to look after themselves. Not so with the Odessa: there is a match of brilliance between the departments which suggest the makings of a great orchestra."

Western Australia
The young American conductor Hobart Earle has been working with these musicians for the past five years, and one can hear that this continuity has paid off. Anyone acquainted with the smooth unattractiveness of many performances by renowned orchestras, prepared by their hard working jet-set conductors in two or three rehearsals just as far as necessary to ensure that transitions do not fall apart, will value so much more this type of solid music making with its sweeping sense of structure founded on detail.”

“For most American audiences, the word Ukrainian probably does not call up a very vivid image, unless it is colored Easter eggs. The Odessa Philharmonic Orchestra will change that if enough of us hear it. In its American debut at Orchestra Hall Friday, the orchestra showed that it could join the top rank of American orchestras without breaking step ... Earle has Odessa in fine form."

“It didn’t take many measures of the Prokofiev to demonstrate what a solid orchestra this is, with a particularly fine string section … the orchestra played with plenty of spirit.”

This was an honest, gutsy performance in the playing, too, with the magic of Strauss being brought to life. Conductor Hobart Earle secured much of the same integrity of performance from his players in Mahler Symphony No. 2 - The Resurrection ... this must go down as one of the best performances of Mahler in Perth."

Western Australia
"One of the musical success stories of the post soviet countries has been Hobart Earle's association with the Odessa Philharmonic Orchestra. Conducting in it first in 1991, he forthwith set about making it widely known... .to give the orchestra what is now a world-wide reputation.... The city has produced David Oistrakh, Nathan Milstein and the Menuhin ancestors. No wonder the strings sound good on this record."

"Played with vigour and richness by the Odessa Philharmonic under its Venezuelan-born principal conductor."

London - Classical CDs
“Hobart Earle motivated the Philharmonic musicians from the Black Sea to compensate for the initial disadvantage of their average instruments through calm phrasing and subtle projection of tone: more even – through this inner calm to achieve a beautiful, singing sound.”

"The string's evenness of tone was impressive."

"What the Odessa Philharmonic Orchestra has to offer can be favorably compared almost anywhere in the world. Such precision in a string section is rarely heard. It is even rarer for a big orchestra to play with such balance of tone color at the wildest moments."

“The second of two New Year’s concerts showed that Earle and his orchestra have almost perfected the idiom of the Viennese waltz. The musicians brought the scores to life with great concentration, and without overlooking all the subtleties not written in the music. Earle presented elegant waltz-tableaus and sustained the atmosphere for the audience through refined phrasing.”

Vienna
“Still to come was the resounding finale, an imposing performing of Tchaikovsky’s fifth symphony. Earle summoned a symphonic surge from his orchestra that carried all before it until the very last note of this long and strenuous work. Every group in the orchestra put heart and soul into the challenge to bring the matinee concert in the Musikverein to an impressive close.”

Vienna
"The Odessa Philharmonic Orchestra playing superbly under its young American conductor, Hobart Earle.. - repertoire played and recorded with great panache.. .this release will not let you down."

London
“In Shostakovich’s 5th Symphony, as with Mahler’s symphonies, one of the principal tasks of the conductor is to bring consistency to heterogeneity, to build the overall context. Anyone setting out merely to “play correctly” risks permanent boredom. Not Hobart Earle. The ambiguity he exposed in this only outwardly affirmative work, the way he built up the lines of thematic development, marks him out as a truly important conductor."

"What followed (….after 1991…..) was, quite possibly, the single most successful effort by an American in pursuing his particular line of business in Ukraine.”

Out of 241 new albums released on Naxos during 2014, Klaus Heymann chose 24 albums ( 2 for each month ) for his list of ‘favorite releases’.

During  the  ongoing  pandemic,  we  continue  to  publish  new  videos  from  live  concerts. 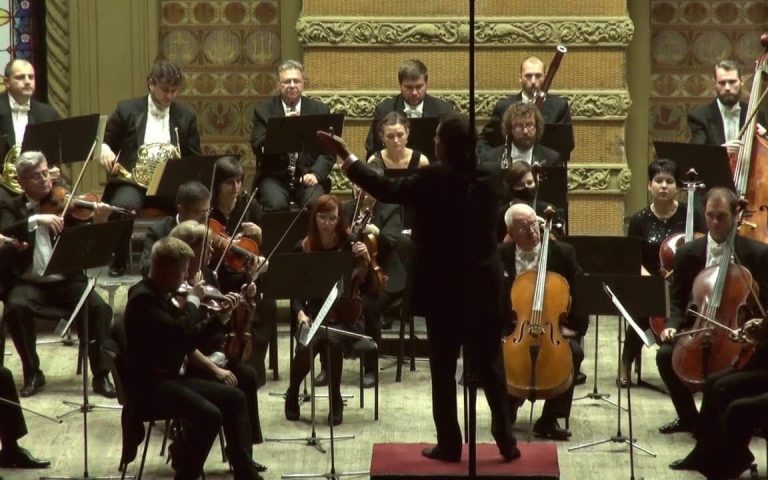 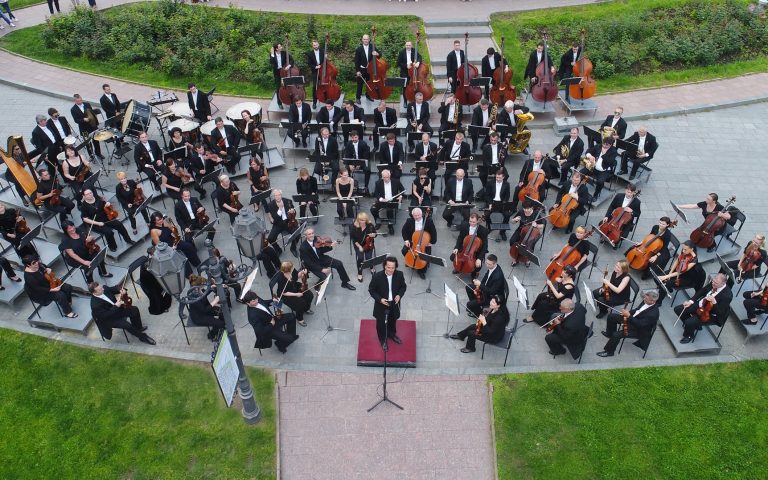 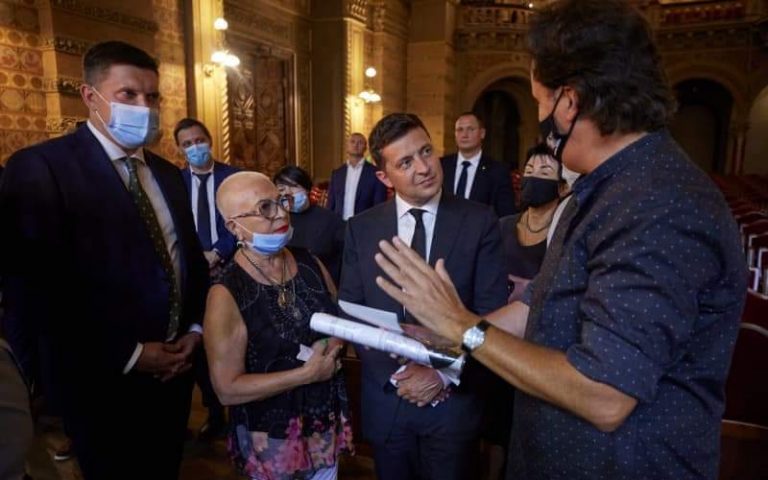