For the 2017/18 concert season, drawing upon a common tradition in many countries, Hobart Earle took the initiative to create an annual “composer-in-residence” position at the Odessa Philharmonic Orchestra.

Works of Valentyn Silvestrov, the world-famous Ukrainian composer, are closely connected with the neo-romantic direction in music of the last third of the 20th century, as well as the formation of the main style trends in the modern Ukrainian school. From an early age, Valentyn Silvestrov was immersed in musical atmosphere and listened a lot to the songs of Glinka and Dargomyzhsky performed by his mother. Visiting concerts and listening to records formed a circle of favorite compositions of the young composer, among them – Beethoven’s
Fifth Symphony, Shostakovich’s Tenth Symphony, Webern’s Concerto for IX Instruments etc. Silvestrov began learning how to play the piano rather late – at the age of fifteen. A significant role in composer’s life was played by the teacher Noemi Aronova-Deutsch. Valentyn Silvestrov emphasizes: “She was definitely better than many of my future teachers at the conservatory, she could captivate and catch my interest and inspire love for music that she showed. It was she who instilled in me the love for Glinka” (from the interview).

Noemi Aronova-Deutsch “knew how to listen,” emphasizes Silvestrov. She was fascinated by the works of the young composer and supported Silvestrov in his artistic explorations.

A few months after the beginning of his studies, Valentyn Silvestrov showed his first compositions, among which there were small piano pieces that would be included in the piano cycle “Naive Music” (1954 – 1993). There were also works for other instruments, more complex in texture and musical language. 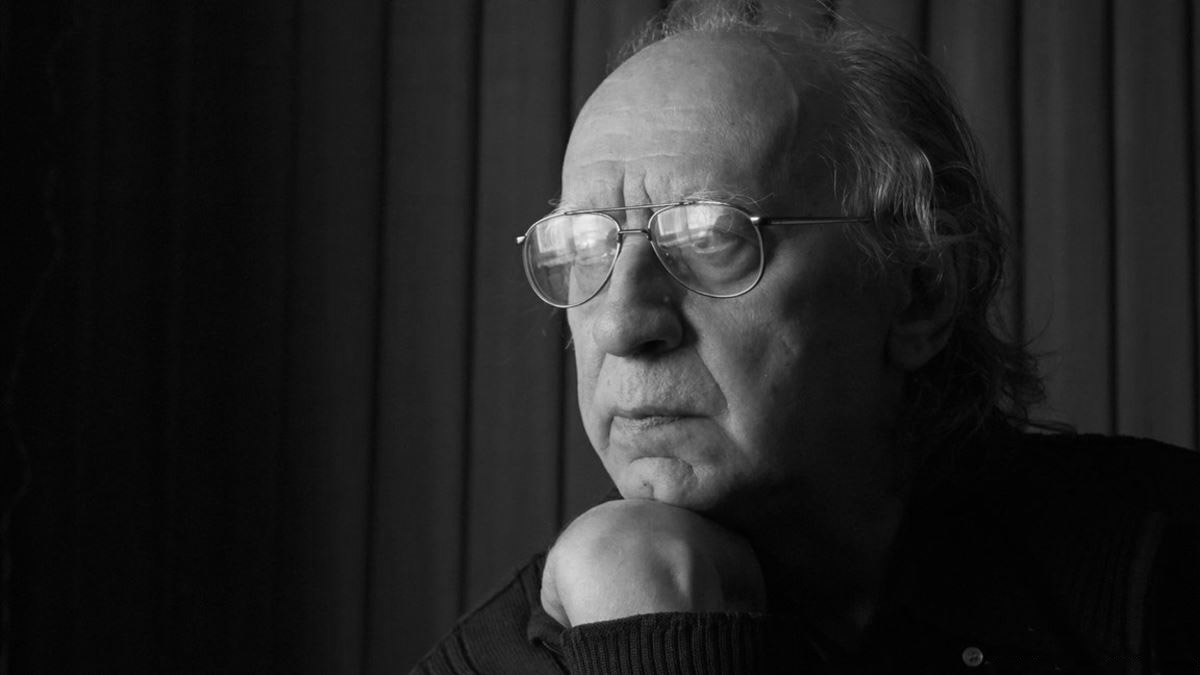 After finishing school with a gold medal, Silvestrov was studying at the Construction Institute and at the evening music school at the same time.

After school, he entered the Kiev Conservatory, composition class of Boris Nikolaevich Lyаtoshinsky.. “… I had to be enrolled in the class of composer Vitaly Dmitrievich Kireiko, but I did not know his music at all, what I cannot say about the music of B. Lyatoshinsky, as I already mentioned, I liked and appreciated it. Once I came up to Boris Nikolaevich and asked to listen to my works. He led me into the audience and listened –
I showed him my opuses – and he agreed to accept me into his class.” recalls Silvestrov in his interview.

College years have become a fruitful period in the life of composer.  A lot of music was written for films, among which the biggest work is a soundtrack to the film “The Kiev Frescos”.

In 1960s he was a member of the group “Kiev Avant-garde” (Leonid Grabovsky, Vitaliy Godzyatsky, Vladimir Guba, Igor Blazhkov and others). In 1961 he wrote his first dodecaphonic works – “Five Plays for Piano” and Quartetto piccolo. In 1968, after the death of Lyatoshinsky, Silvestrov dedicated to him “The Poem for Percussion, Wind and Strings.” Over the years, Valentyn Silvestrov has created many unique works, including seven symphonies, two string quartets, vocal and choral compositions, as well as music for Kira Muratova’s films «Chekhov’s Motives» (2002) and «Adjuster» (2004).